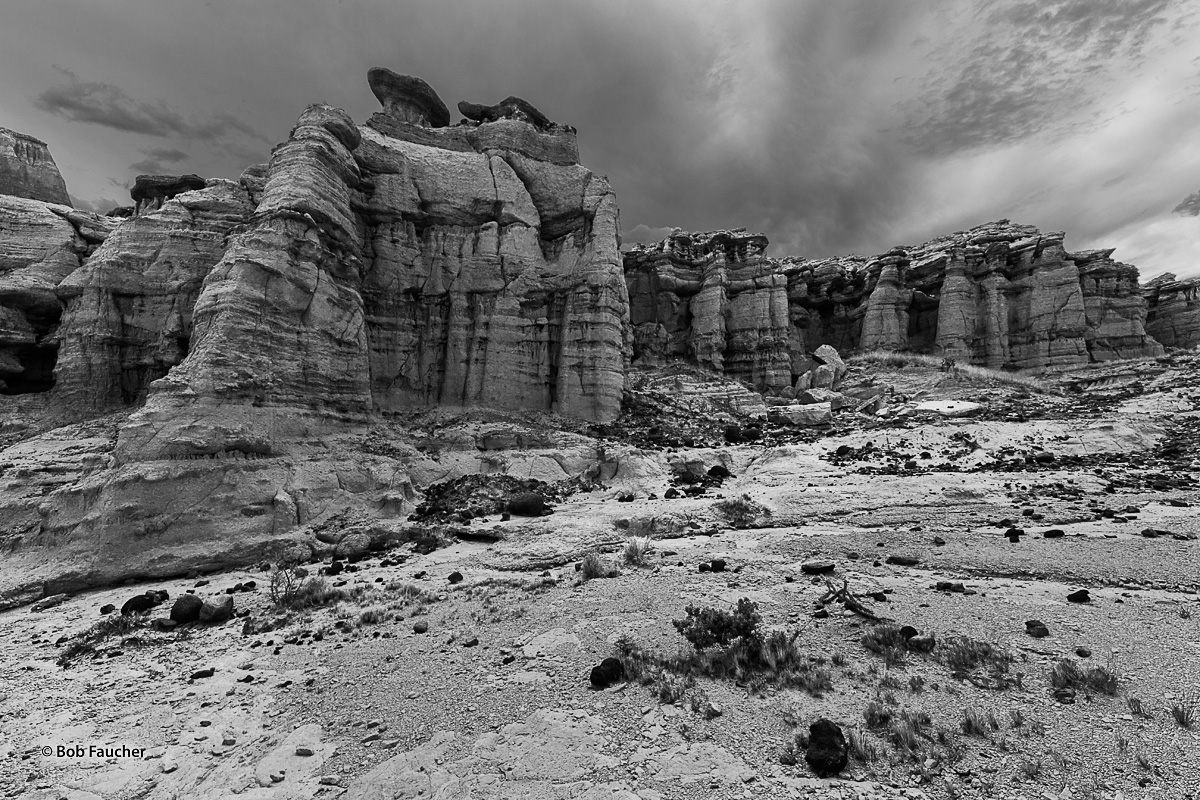 Local artist Georgia O'Keeffe, made these landscapes famous. in a valley of the Rio Chama hills near the village of Abiqui. She made a series of paintings about the places she called "The White Place", or in Spanish "Plaza Blanca." This area of New Mexico is now on the grounds of the Dar Al Islam education center and mosque.

Although private land the center welcomes visitors who wish to hike and view the awe-inspiring landscapes which may be known from O'Keeffe's painting or the many motion pictures which have used it as a backdrop.

For the Plaza Blanca itself the area is all about contrast and textures so naturally early or late in the day provide the best changes to capture that in an image. It's hard to say when the exact right time will be of course as too early in the morning and the sun will not be brining light into the valley, while too late and it has disappeared. In Winter, the best time to visit, you'll want to be there by 8AM if you go in the morning, while for the afternoon session by 6PM shadows are becoming long and you'll find the contrasts too high.

Due to the forms and textures the location lends itself to B&W photography. Photo © copyright by Robert Faucher.