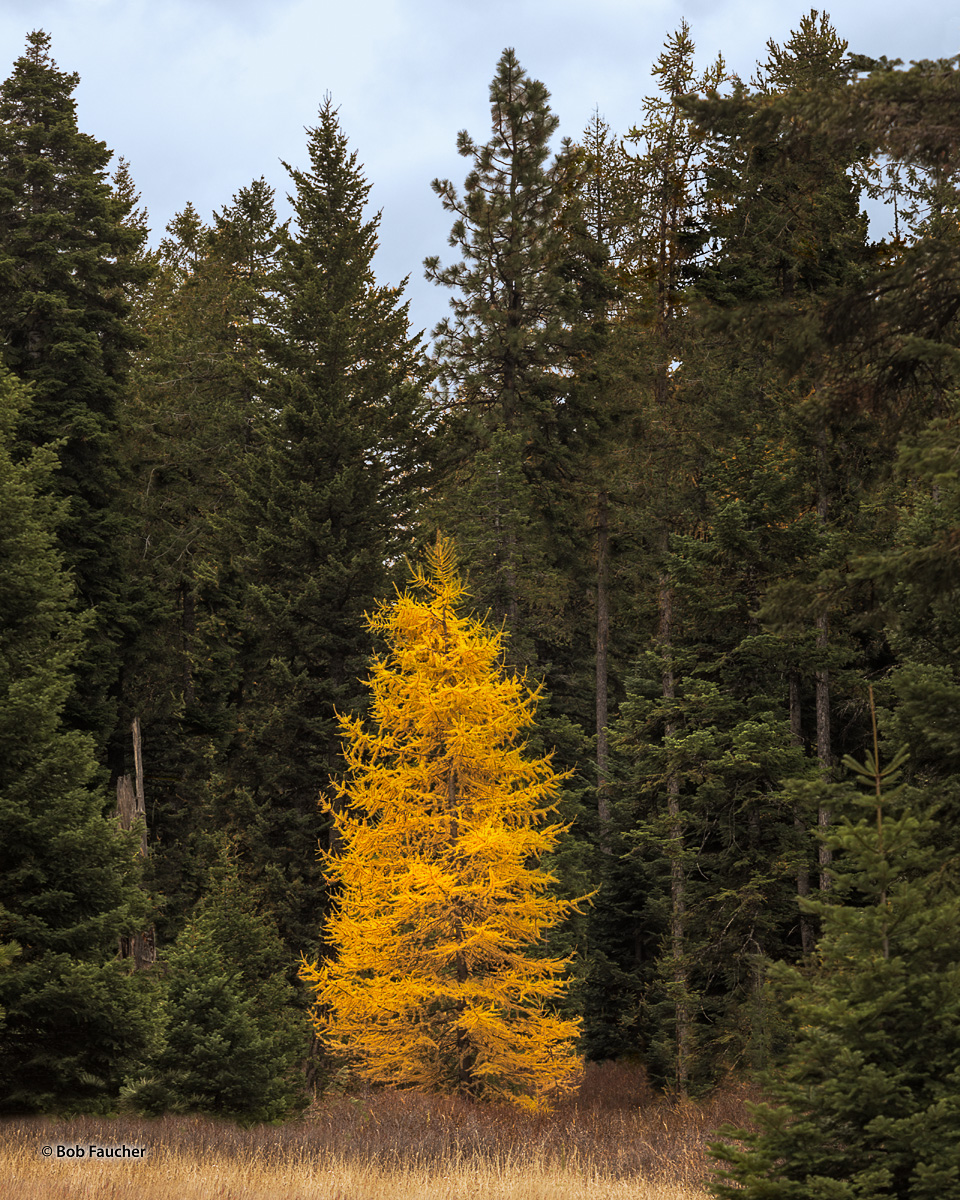 Larches, commonly known as tamarack, are conifers in the family Pinaceae. There are two varieties, Western Larch (Larix occidentalis) in the West, and Tamarack (Larix laricina) in the East. They’re the same genus, larix, but different species. Growing from 20 to 45 m tall, they are native to much of the cooler temperate northern hemisphere.The tree is easy to identify in the fall, when the needles turn golden-yellow. In the winter, it easy to identify because it is the only deciduous conifer and has no needles then. Photo © copyright by Robert Faucher.